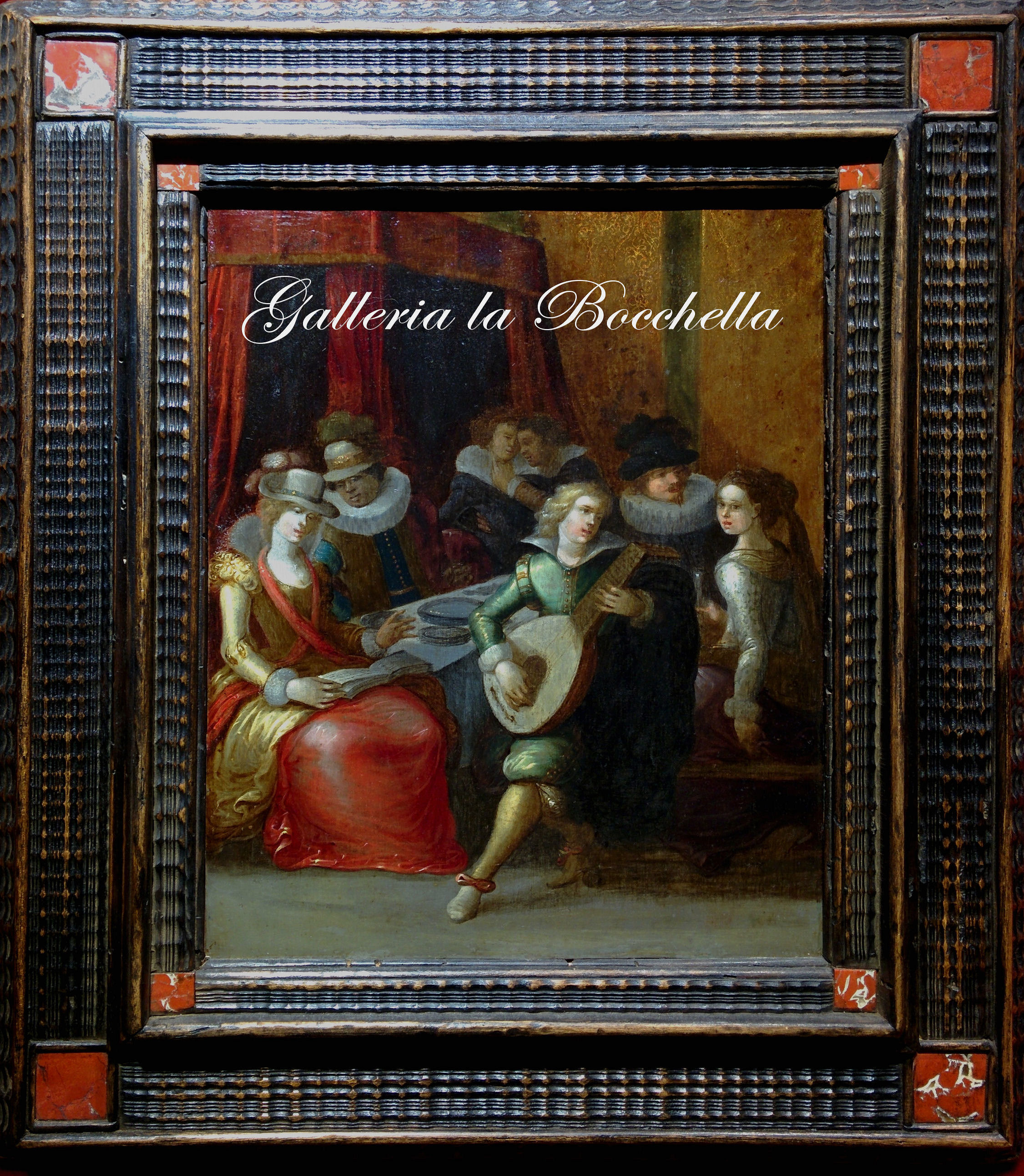 Louis de Caullery was one of the pioneers of the art genre of courtly gatherings in Flemish painting of the 17th century.According to the RKD he was born in Caulery, which is a small town near Cambrai. Cambrai (Dutch name:Kamerijk) is a probable choice because his name was French and his wife and children later inherited some properties in Cambrai. In 1594 he became the pupil of Joos de Momper. In 1621 his death duties were paid by the Antwerp Guild of St. Luke, where he had become a master in 1602. He was a follower of Paul Vredeman de Vries known for his architectural pieces. The RKD does not mention a trip to Italy, though his contemporary Vincent Malo from Cambrai did make such a trip and by that time it was considered an important rite of passage for serious painters.  According to artnet.com Caullery probably came from the village of Caulery near Cambrai, but moved to Antwerp in 1594 where he trained with Joos de Momper. The date he went to Italy cannot be determined; his works prove that he did however reside in Venice, Florence and Rome. Caullery was inclined toward genre painting and dealt with a highly variety of scenes: carnivals on ice, fireworks, bull-fights, open-air collections, allegories of the five senses and meetings painted in the spirit of the Fontainebleau School. The tallness of his characters, their exquisite postures, smooth faces and bare foreheads characterize his style. His colours are highly sophisticated. Under the influence of the Italian Masters, his palette proved to be an innovation in Flanders: half tones, ocher-yellow, Veronese green and Burgundy red. His depiction of buildings shows him to be concerned with fine precision, while being very skillful at presenting perspective." He died in Antwerp.

The artist biography information is from wikipedia.
×