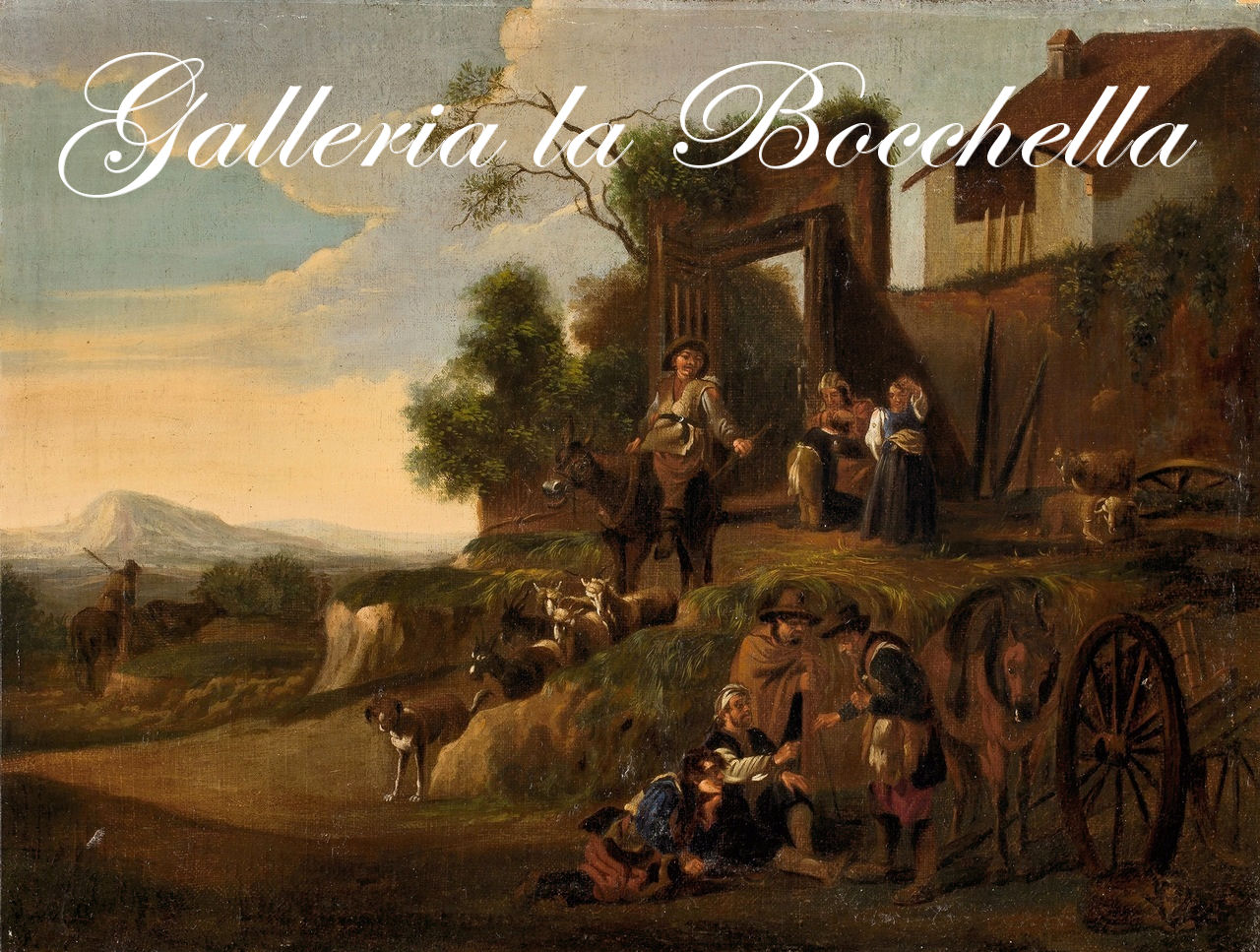 Pieter van Laer was born in Haarlem as the second child of Jacob Claesz. Boddingh of Haarlem and Magdalena Heyns of Antwerp. He adopted the surname van Laer only later in life. This surname was probably taken from his brother's godfather. He came from a well to do family and his parents operated a private school in Haarlem started by Magdalena's father, the well-known writer and publisher Peeter Heyns, after whom Pieter van Laer was named.  His older brother was Roedolff van Laer, who also became a painter and was known as Roeland van Laer and Orlando van Laer. His youngest brother Nicolaes Bodding became known later in life as Nicolaes Boddingius and was a prominent schoolmaster and minister.[5]    Van Lear shared a home in the Via Margutta with Giovanni di Filippo del Camp, whose pupil he is said to have been.[6]   Pieter van Laer was possibly a pupil of Esaias van de Velde in Haarlem. His early work shows the influence of this painter as is evidenced by a drawing signed Pieter Bodink (formerly in the collection of A. Welcker), which is close to van de Velde's style.[2] He traveled to Rome in 1625 via France, likely in the company of his brother Roeland. Here he became a member of the Bentvueghels, an association of mostly Flemish and Dutch artists in Rome who were known for their initiation rituals, which involved a lot of drinking. Pieter van Laer's nickname in Italy was Il Bamboccio, which means "ugly doll" or "puppet". This was an allusion to van Laer's ungainly appearance, as he is said to have had unusually long legs, short chest and almost no neck.[citation needed] A story explaining how he got this name from a Pulcinelloshow is to be found in Gorling's The Galleries of Vienna.[7] Pieter van Laer was also known for his pointed moustache.[citation needed]  Through the works he created in Rome Pieter van Laer initiated a new style of genre painting and paintings in this style were named Bambocciate after his nickname. He became the inspiration and focal point around which likeminded artists congregated during his stay in Italy.[8]

Pieter van Laer had a successful career in Rome. He returned to the Netherlands c. 1639. Here he lived chiefly in Amsterdamand later in Haarlem. The date, place and cause of van Laer's death are unknown. It must have occurred after 1641 when he is known to have made a drawing in a Haarlem song book. It is believed he travelled back to Italy around that time. According to a statement in the testament of his sister made in 1654 there had not been any signs of life from Pieter van Laer in the previous 12 years. The Italian biographer Giovanni Battista Passeri stated that van Laer died in the fall of 1642.[2] The Dutch biographer Arnold Houbrakenreported that van Laer became depressed at the end of his life and committed suicide by drowning.[12] Other biographers give his death date variously as 1673, 1674 or 1675.[6]